This document is applied for the following products

WS433-CL is a wireless co-ordinator in a wireless sensor network, a high-performance type. It is able to configure the parameters for all end nodes in the network. By the Sub-Ghz technology from Texas Instruments, it is easy to establish multiple networks in same area without interference or channel conflict. One co-ordinator can handle maximum of 40 end nodes in its network. LOS transmission distance up to 6000m. The WS433-CL also has the option of adding an IoT Gateway built-in to facilitate remote configuration and diagnostics, as well as remote monitoring and control via any IIoT platform. The installation and configuration is very simple. Setting up a wireless sensor network has never been this easy. 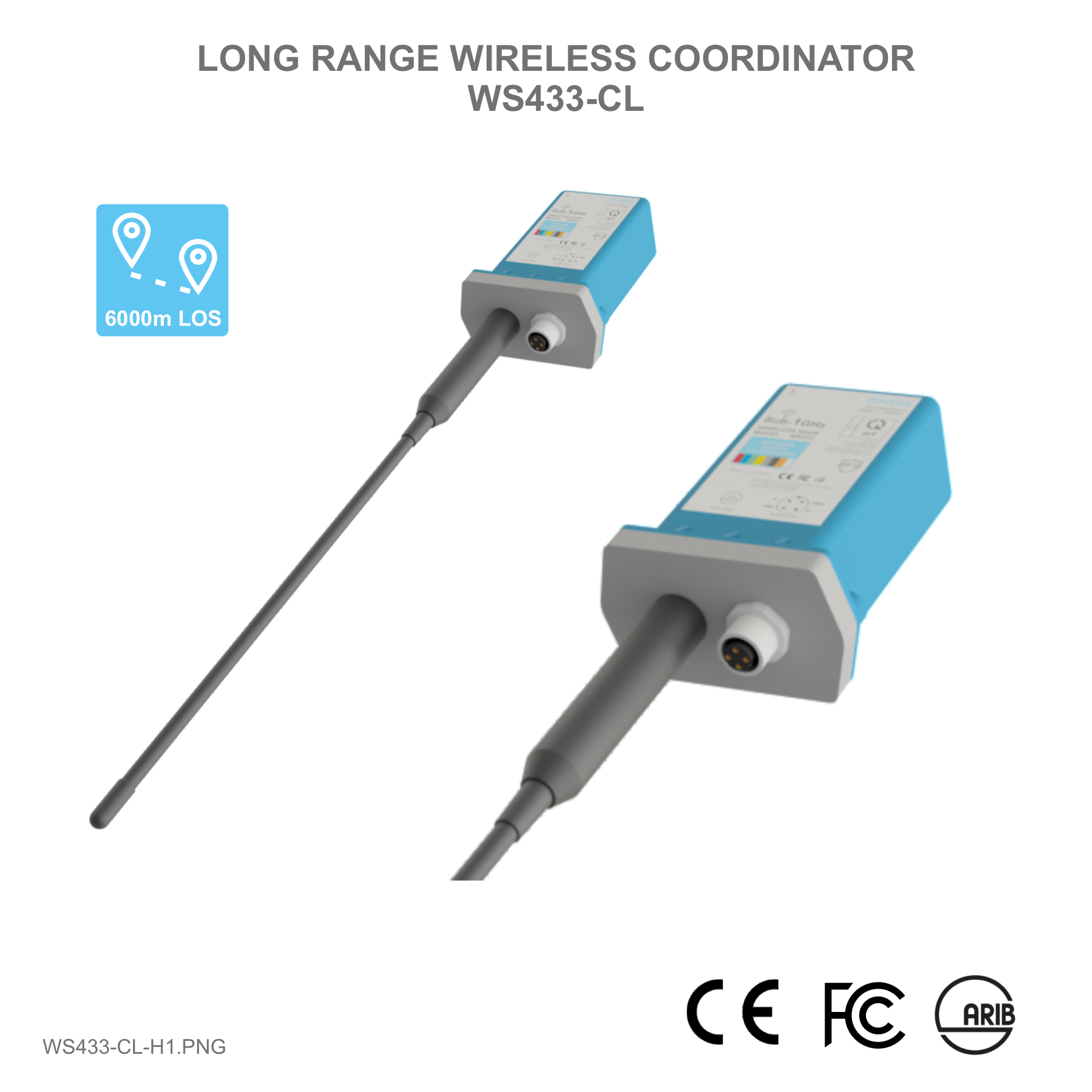 Step 1: After supplying power the Co-ordinator via M12 connector, the Node ID must be registered within the first 5 minutes, up to 40 WS.

If you do not hear the "Peep" sound, please disconnect the power the co-ordinator, wait a few minute and try again.

Node id added in this way will be written to the smallest node_id_n address which is = 0.

Set Rssi_threshold (see RF MODE CONFIG (in the Modbus Memmap of WS433-CL), default -25): The case if Co-ordinator is on high position and need to add node sensor. We set the sensor as close as possible and set the Rssi_threshold to -80, -90 or -100 to increase the sensitivity to allow WS433-CL-04 can add sensors at a longer distance. After that, perform 2 steps of adding sensors and then reset Rssi_threshold = -25.

You can download Modbus Memmap of WS433-CL with the following link:

First, you need to prepare 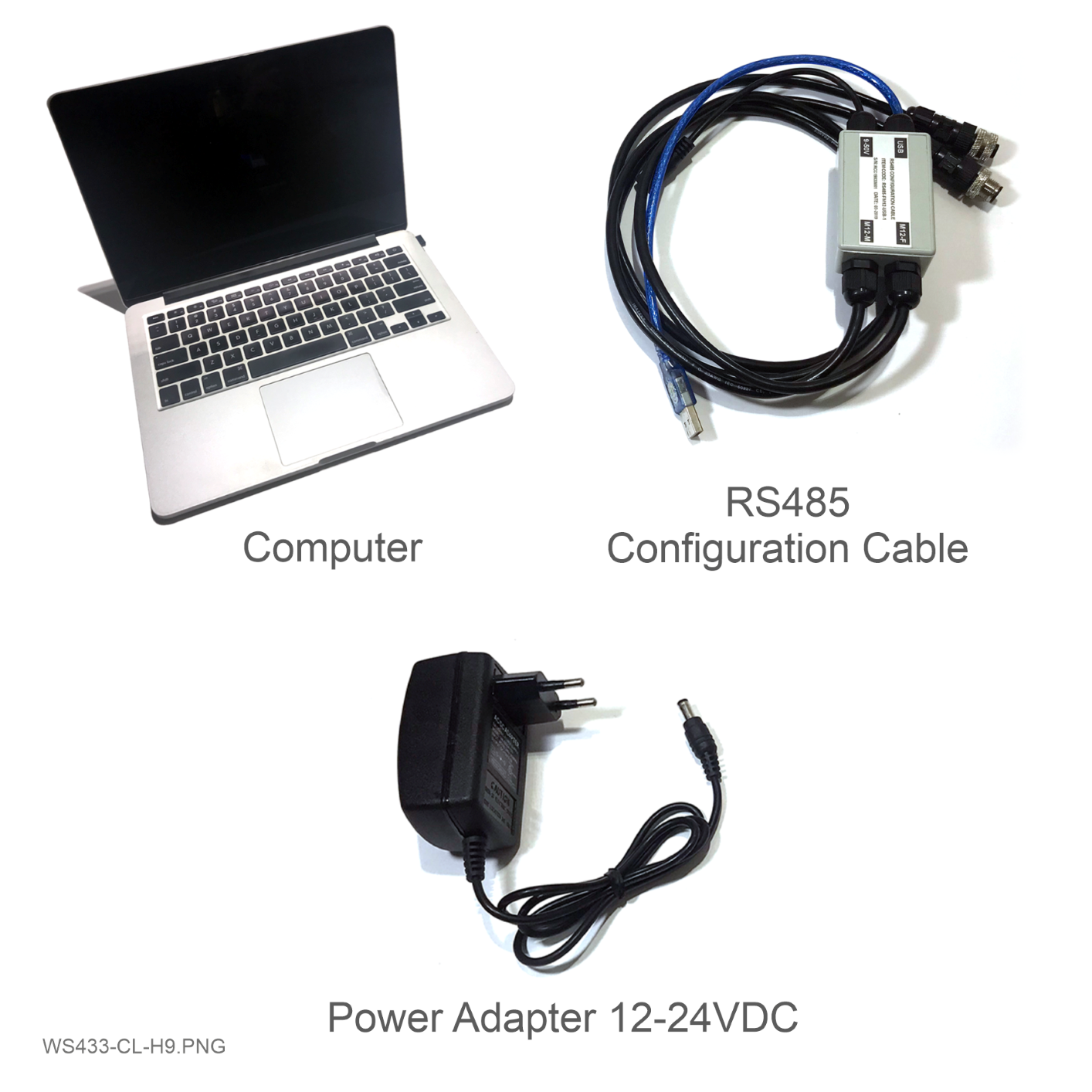 How to use the Modbus configuration software 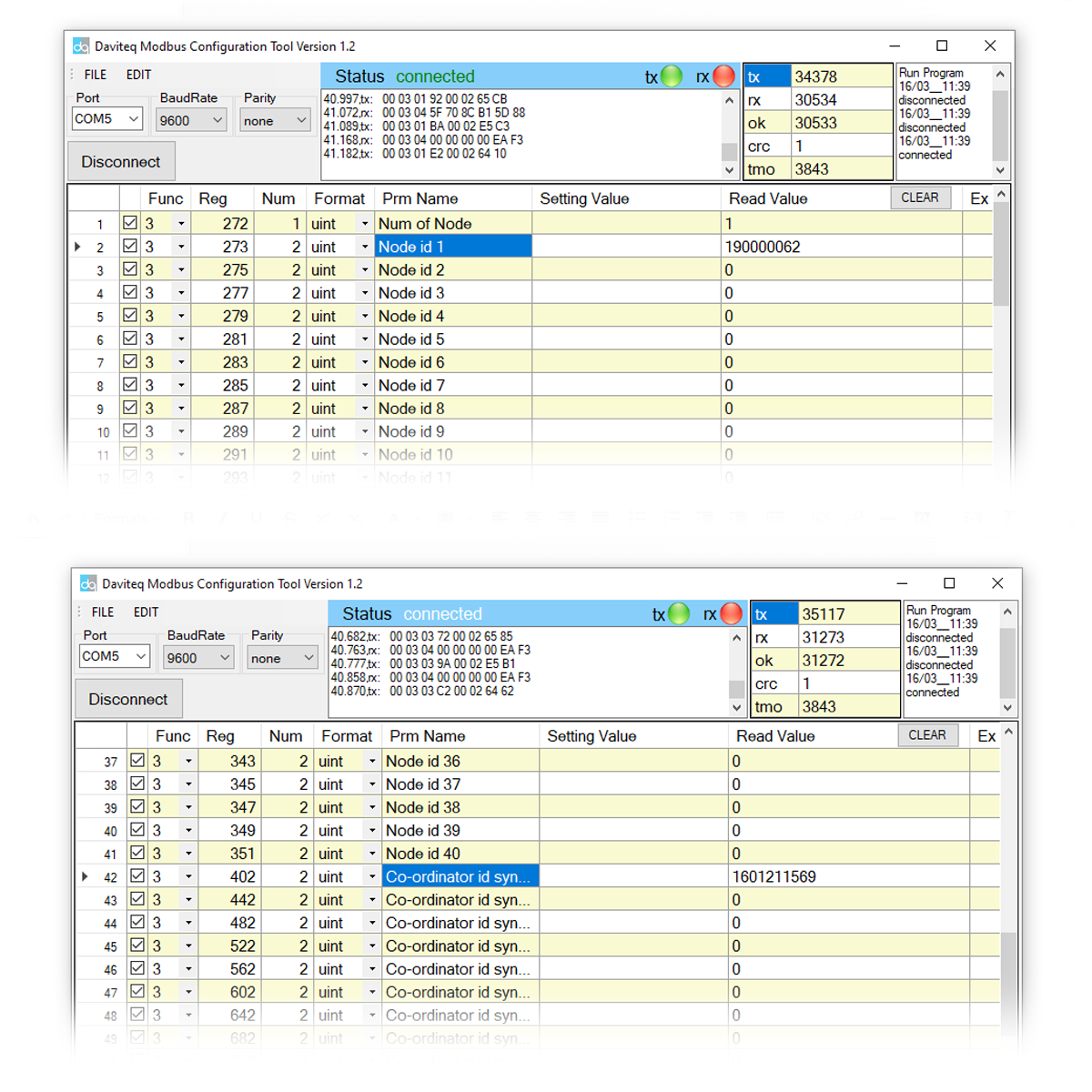 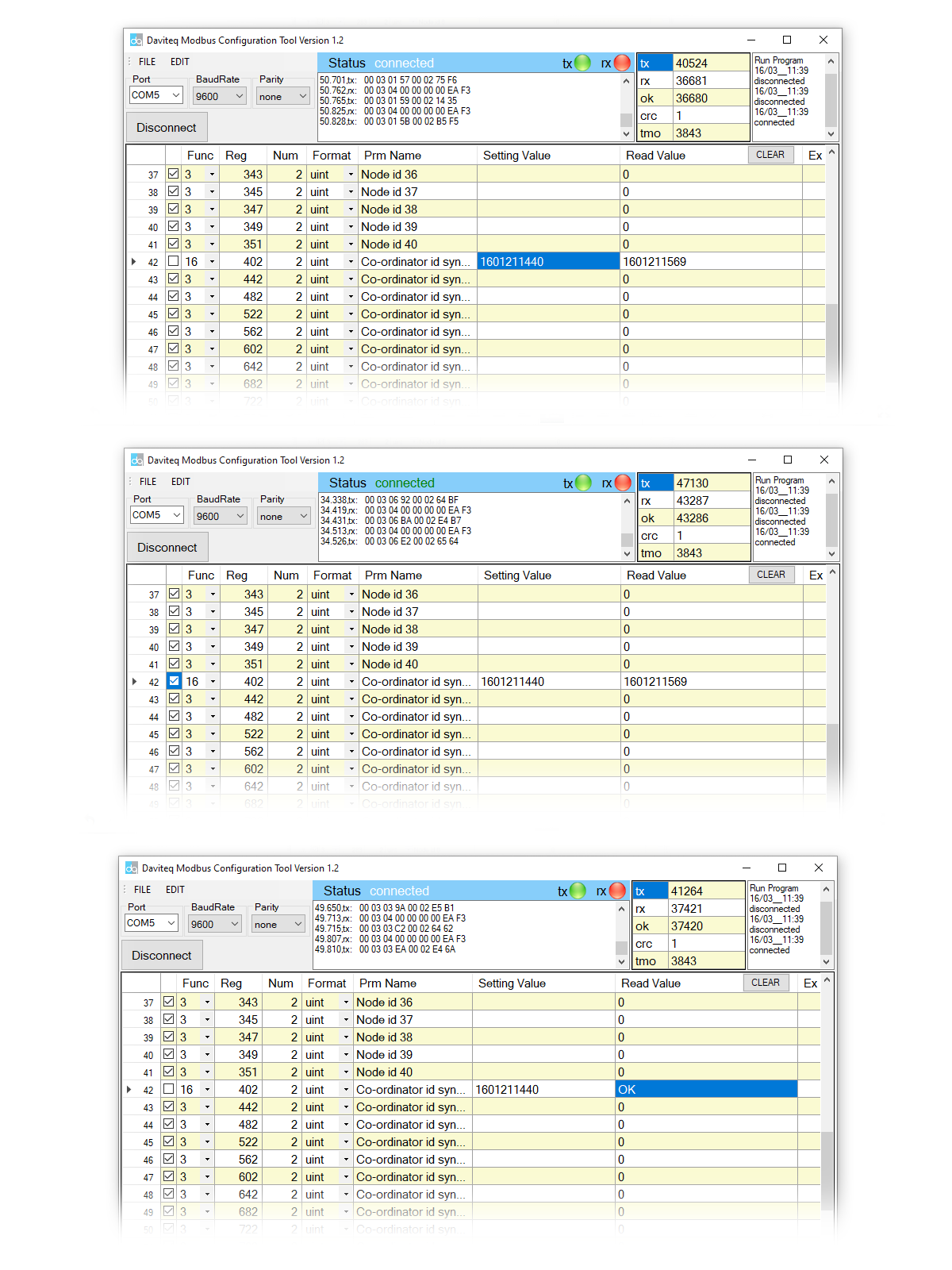 Ex: In globiots, create a parameter with the address space x3000 then create a modbus command according to the memmap file. 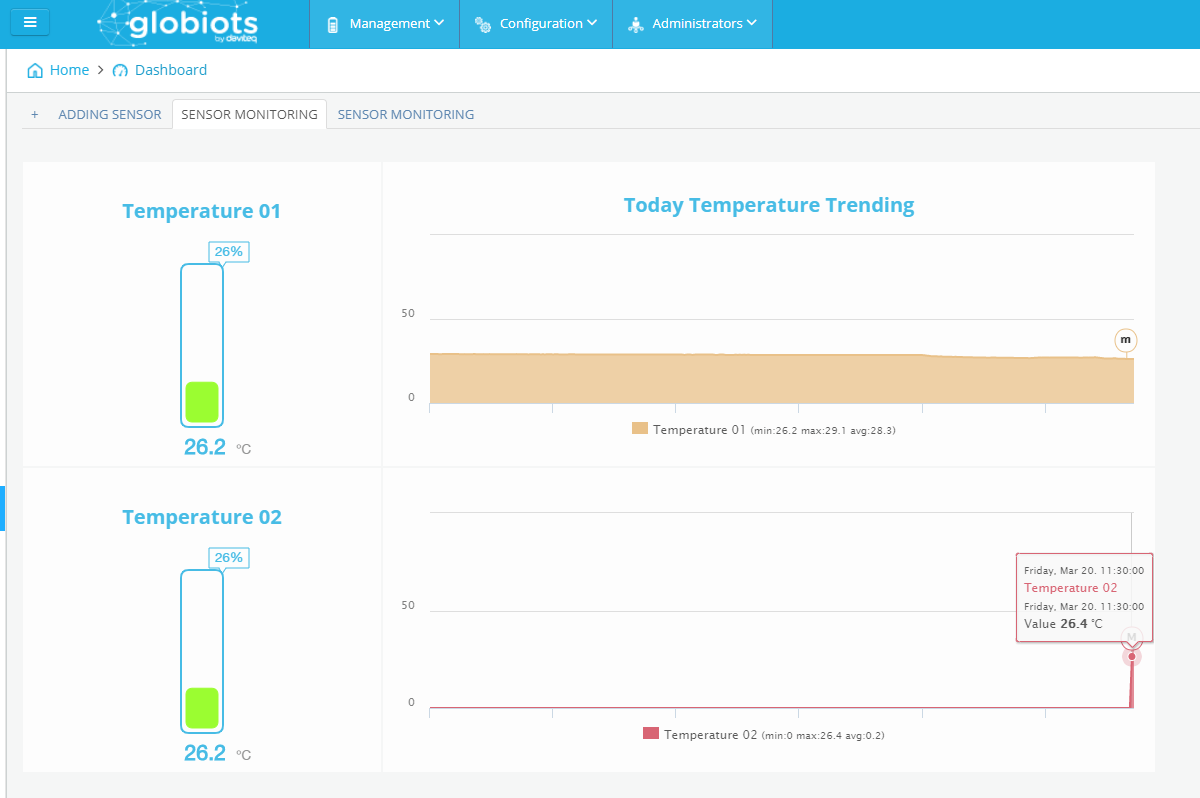 First, you need to prepare

How to use the Modbus configuration software 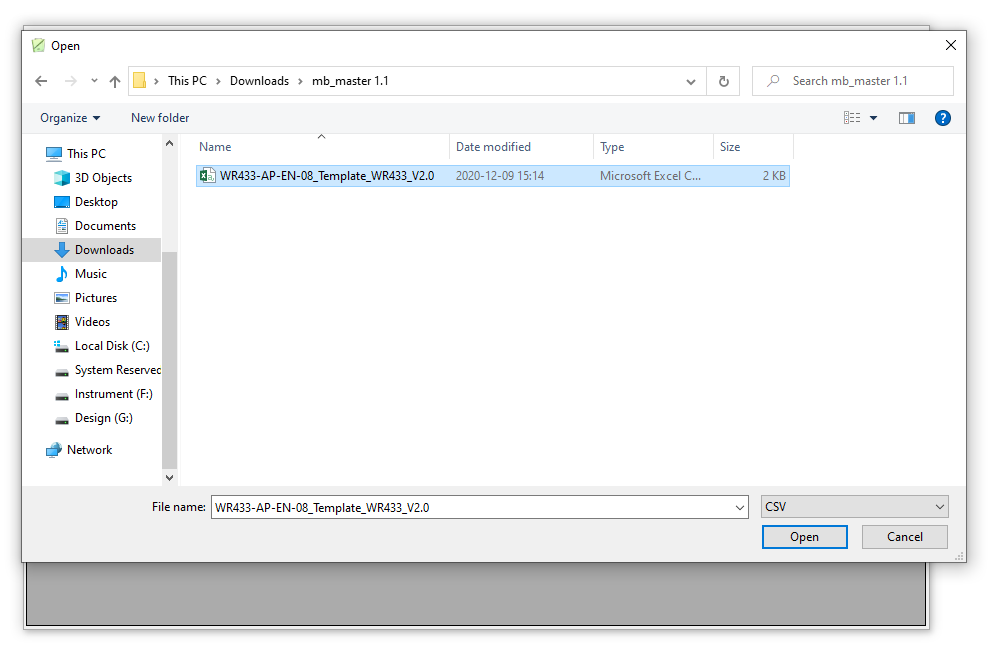 Push Button or Hall sensor for the first 5 minutes when power is available:

When WS433-CL receives data packet from node then WS433_CL will send ACK confirm. If the node does not receive the ACK, it will send the data packet one more time.

Hi-Byte is Logic status of parameter 1

Lo-Byte is Logic status of parameter 2

Packet data from 40 nodes is saved to the modbus table, use the command 04 modbus RTU to read, see the "OPERATION DATA OF 40 WIRELESS SENSORS (in the Modbus Memmap of WS433-CL)"

For each node, there is a zone to control from the WS433-CL, including 8 registers (16 bytes), to see the starting address for each node at "CONTROL DATA OF 40 WIRELESS SENSORS (in the Modbus Memmap of WS433-CL)".

Using the modbus 16 command to write to this area, the WS433-CL will send the RF control down to the node, then the node sends back the ACK packet, which contains data from the sending node after executing the command. control.

5.6 Synchronizing configuration between WS433-CL and node:

For each node, there is a configuration synchronous zone from WS433-CL, consisting of 40 registers (80 bytes), see the start address for each node at "ADVANCED CONFIG (in the Modbus Memmap of WS433-CL)".

When the WS433-CL power is turned on, the node's configuration will be read from flash, sync status = 99.

When the battery is plugged in or the power is turned on, the node sends the registration packet to the WS433-CL which contains the node's configuration. Configuration from the node will be overwritten on the configuration area on WS433-CL => Save flash => Sync completed, sync status = 0.

Read the Sync status of 40 nodes in the "STATUS DATA OF 40 WIRELESS SENSORS (in the Modbus Memmap of WS433-CL)" area.

=> When changing the configuration of RF parameters, it must be reset for the WS433 board to operate under the new RF configuration. However, if you use the push button or the Magnetic sensor to change the RF data rate, there is no need to reset the board

5.7.1 The procedure for changing the frequency for the sensor and Co-or is as follows:

The mounting bracket is made from hard metallic material. Following to these steps as the below picture 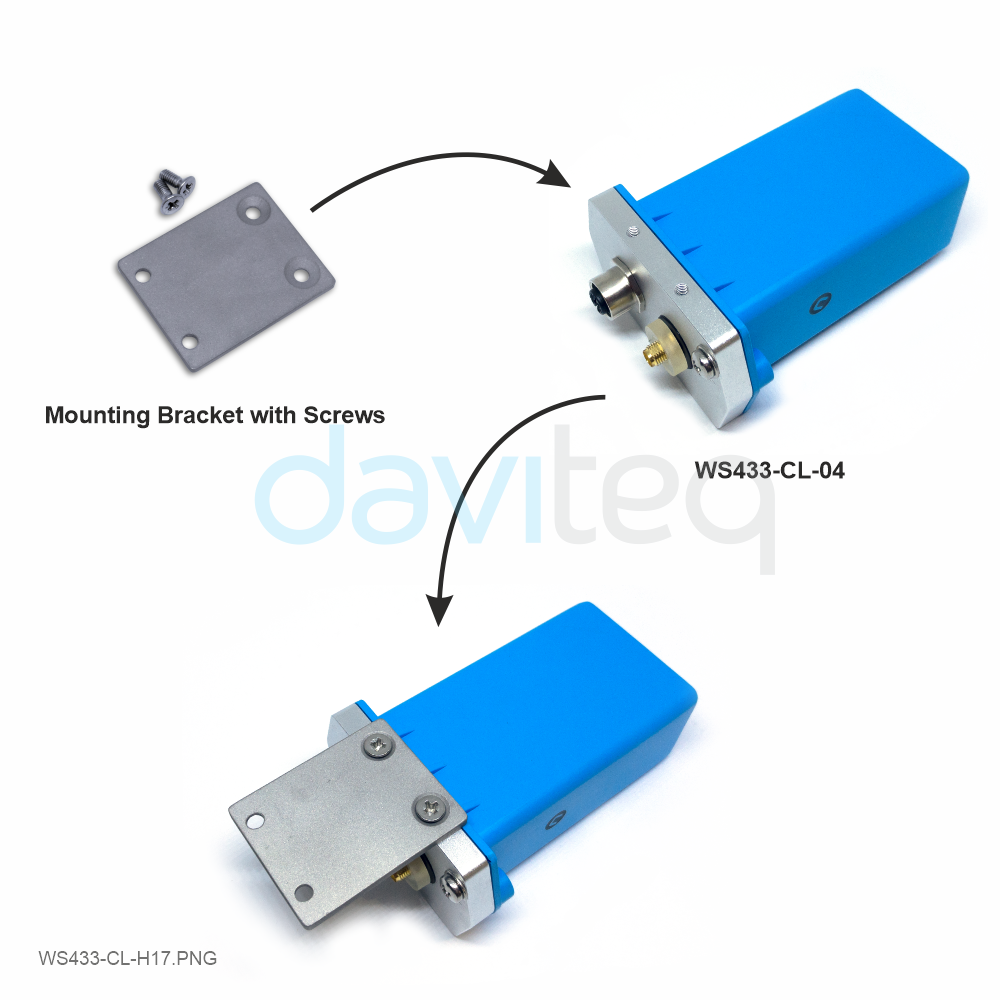 (NOTE: When reinstalling the cover, pay attention to put the PCB edge into the middle slot of the box inside as shown below) 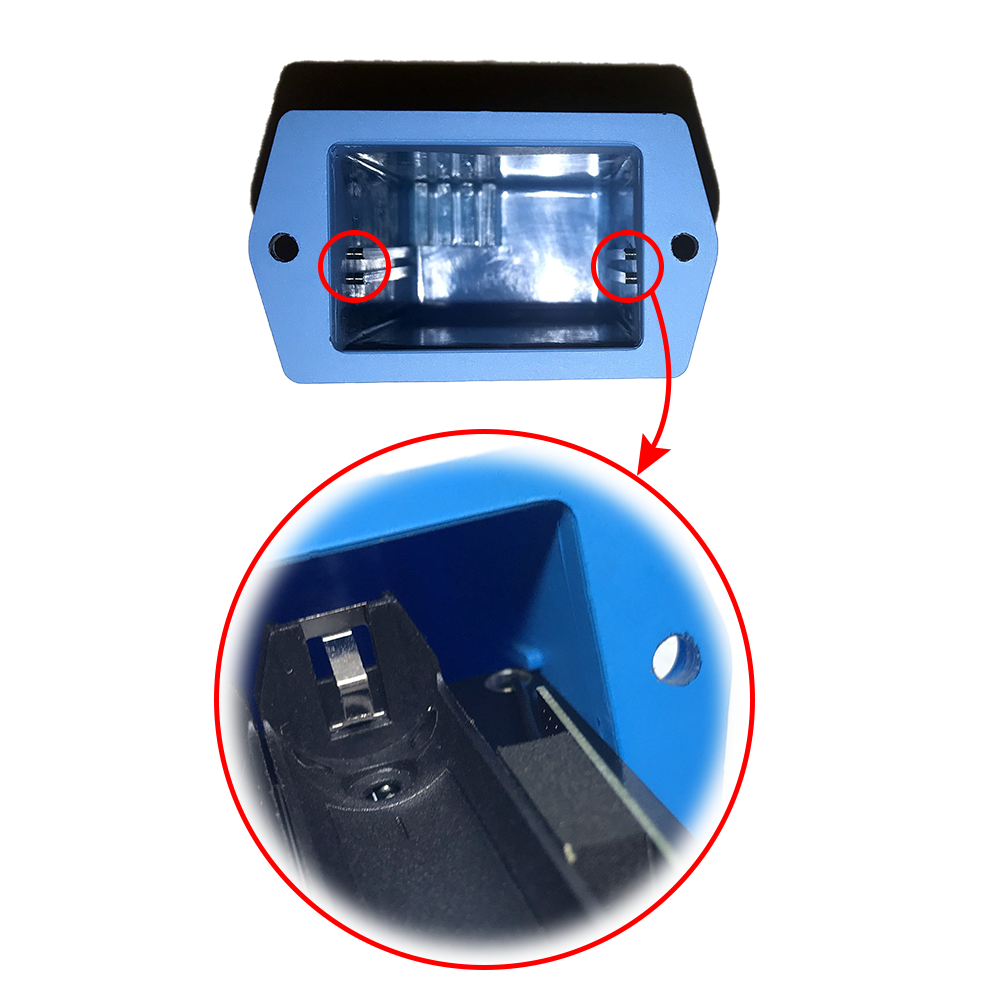 Therefore, to maximize the transmission distance, please pay attention to the following conditions:

Export
Back to top